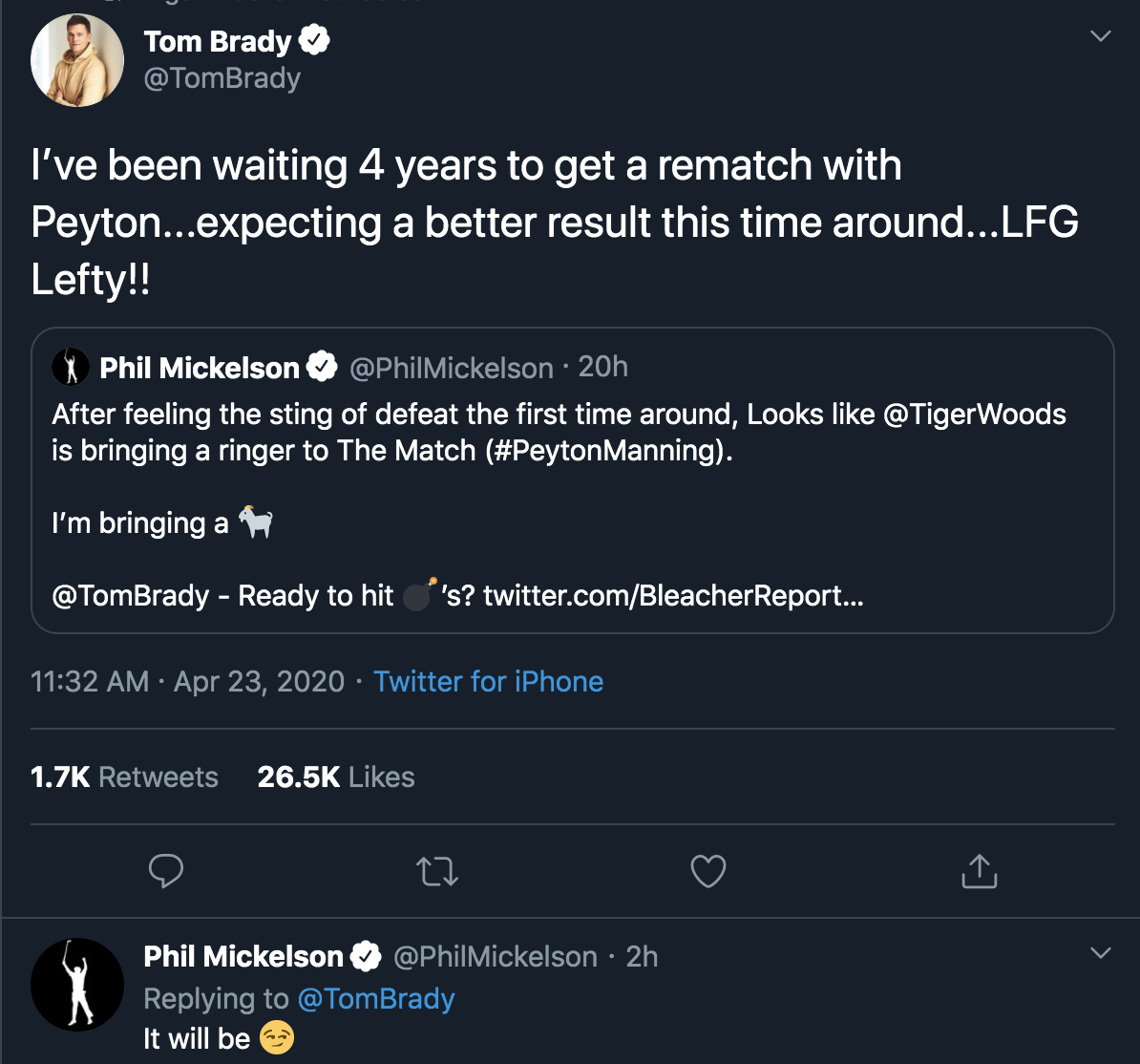 The trash talk between Tiger Woods, Phil Mickelson, Tom Brady and Peyton Manning has already begun, prior to their charity golf match in May.

“After feeling the sting of defeat the first time around, looks like Tiger Woods is bringing a ringer to The Match,” tweeted Mickelson about Woods partnering with Manning, who sports a nine handicap.

Mickelson added about partnering with Brady, “I’m bringing a goat.”

Brady then responded on Twitter with, “I’ve been waiting 4 years to get a rematch with Peyton…expecting a better result this time around…LFG Lefty!!”

As GolfNewsRI reported, the event titled “The Match: Champions for Charity,” does not have a set date or venue, but according to Turner Sports it will take place in late May.

The match will air LIVE on TNT and benefit COVID-19 relief.

The original match between Woods and Mickelson took place in November of 2018 at Shadow Creek in Las Vegas.