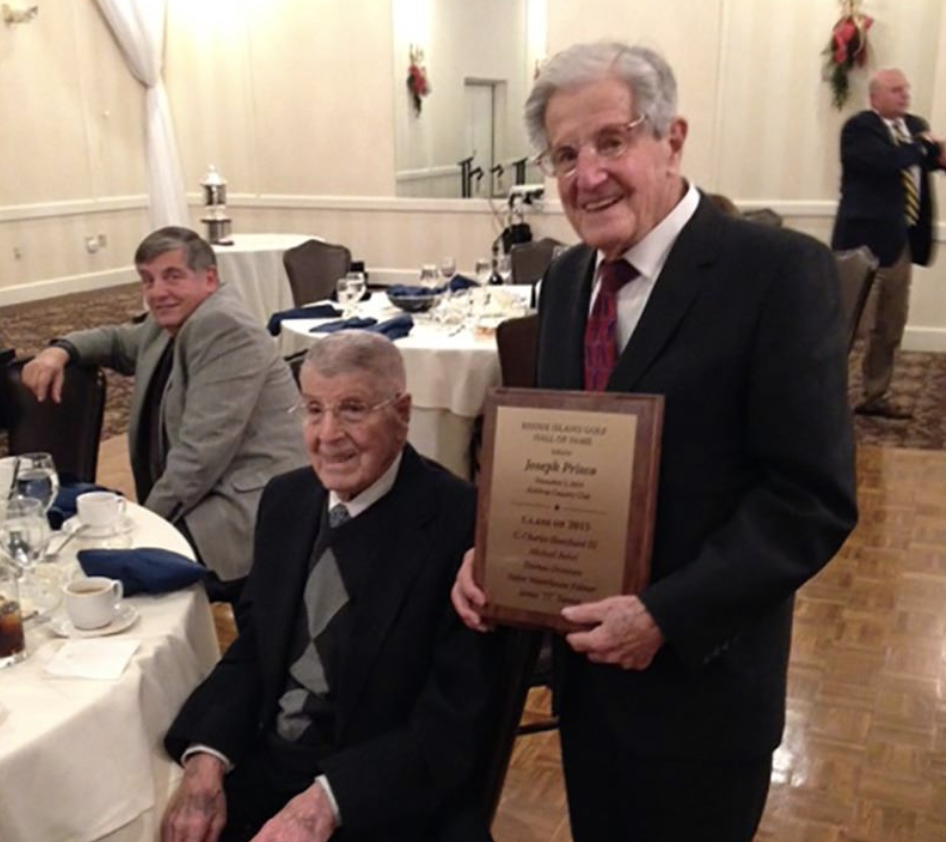 Prisco was inducted into the Rhode Island Golf Hall of Fame in 2015 after retiring from PC in 2012.

Prior to retiring in 2012, Prisco spent 60 years as the Friars’ golf coach and was instrumental in bringing the club back to varsity status in 1960.

From there, Prisco led the program to a 403-119-1 mark while guiding eight squads and 16 individuals into the NCAA Championships over a 42-year span.

Prisco was a Golf Coaches Association of America (GCAA) Hall of Fame inductee in 1987 and a Providence College Athletics Hall of Famer in 1989.

Prisco finished the final 10 seasons of his coaching career with the Providence College club program from 2002-12.

“We are very saddened to learn of the passing of legendary Providence College golf coach, Joe Prisco.

Coach Prisco started the program and was the only coach it ever had.

He was still playing and playing well into his 90s and could often be found at Triggs.

No senior tees for him.

One of his first players was our own Peter Mcbride, also PC’s first All American in golf.