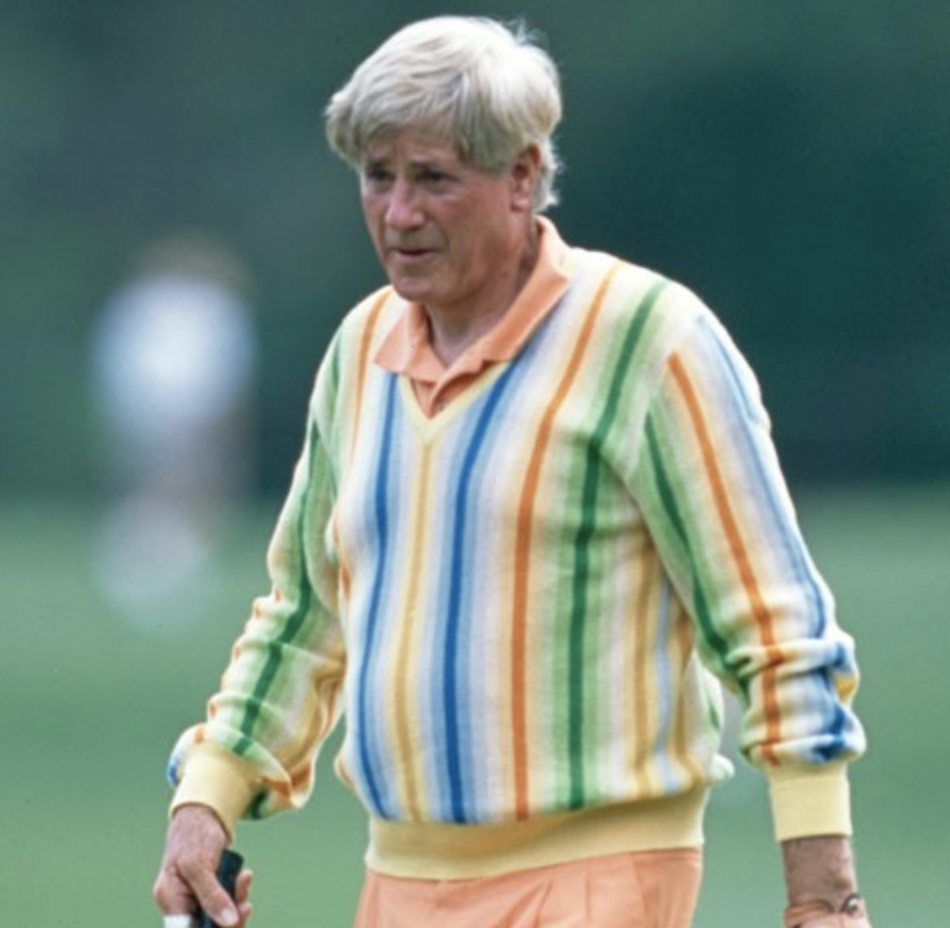 Twenty-time PGA Tour winner Doug Sanders passed away at the age of 86 on Easter Sunday in Houston, Texas.

According to the PGA Tour, he passed away of “natural causes.”

Known for his Style

Though he was a 20-time winner, Sanders was perhaps best known for his stylish and flamboyant dress that earned him the nickname “the Peacock of the Fairways.”

In 1973, he was named by Esquire as one of America’s “Ten Best Dressed Jocks.”

According to reports, Sanders owned as many as 359 pairs of golf and dress shoes, many custom-dyed to match his wardrobe.

“The two most frequent questions on tour were, ‘What did Arnold Palmer shoot?’ and ‘What’s Doug Sanders wearing?’” he told Golf Digest in 2007.

He also opened a chain of Doug Sanders Dry Cleaning Centers thorough the U.S. in the 1960s.

After playing collegiately at the University of Florida, Sanders turned pro shortly after winning the 1956 Canadian Open as an amateur.

The last win of his career came at the 1972 Kemper Open, where he edged Lee Trevino.

Sanders was also a member of the 1967 U.S. Ryder Cup team, which was captained by Ben Hogan.

After turning 50, Sanders was active on the PGA Tour Champions, playing in 218 events and winning the 1983 World Seniors Invitational.

He also hosted the Doug Sanders Celebrity Classic from 1983 to 1994.

Sanders finished runner-up in majors four times during his career.

At the 1970 Open Championship at St. Andrews, Sanders had held of Jack Nicklaus for the lead the whole way an reached the final green needing to make just a 30-inch putt to win, but he missed it, forcing a playoff.

Nicklaus beat Sanders in an 18-hole playoff the next day.

“I feel very sick about the British Open. Not so much for myself, but for my wife and my son. I’ll tell you something, I never got so many letters and wires than after the British Open. They came from people who said they felt so bad to see me miss winning. Many of them weren’t even signed, just ending with ‘A fan,’” Sanders told the Sporting News after the loss.