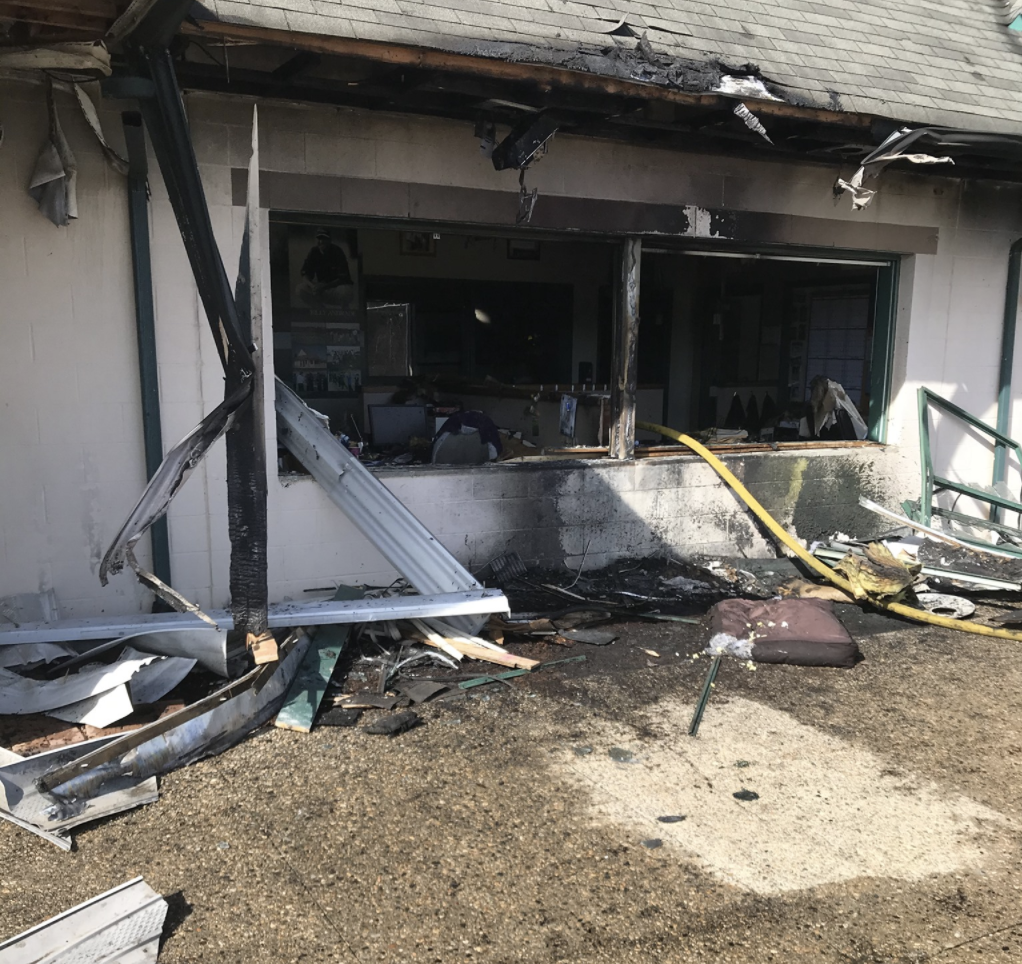 However, no one was injured.

“This morning, our offices that we share with our friends at Button Hole caught fire. It caused extensive damage to our building. We are very thankful no one was hurt. We will be back better than ever soon,” wrote RIGA on their Facebook page.

After an investigation, it was revealed that a garbage barrel outside of the building caught fire. The flames then spread to the building.

“Let met start by saying thank you to all who reached out yesterday regarding the fire at Button Hole. It’s crazy how quick information travels throughout the golf community when something happens.

Yesterday morning around 9 a.m., a garbage barrel outside the building caught fire. The flames from the barrel quickly traveled up the side of the building and spread quickly. Everyone in the building to out safely and no one was injured. It took the Providence Fire Department about an hour to ensure that the fire had stopped completely.

As a result of the fire, Button Hole’s side of the building sustained significant fie damage. The fire also traveled up into the roof and the overall damage will not be known for a few days. The rest of the of office space and basement has extensive water damage including the RIGA office. In most areas of the building, the drop ceiling was pulled down to ensure that the fire did not spread into the ceiling area throughout the building.

Luckily, most of the RIGA, RIWGA and Burke Fund historic information (photos, books and trophies) were located in the far end of the building in my office where the least amount of damage occurred.

A restoration team was onside yesterday afternoon starting the process of getting things back to normal as quick as possible. Button Hole’s Executive Director Don Wright and I will be meeting insurance adjusters this afternoon to go over the extent of the damage in both the RIGA office and Button Hole’s side of the building.

We should be able to get into the building today and have a better idea of damage and the possibility of how long it may take to get things up and running again.

For the short term, the RIGA staff will be working from home until a plan is established for temporary office space.

After talking with Don yesterday, Button Hole will probably be opening the business in a temporary trailer somehwere in the parking lot. This will allow them to keep Button Hole running as a business through the beginning of the season.

This is a tough way to start the season but the good news is no one was injured during the fire yesterday.”