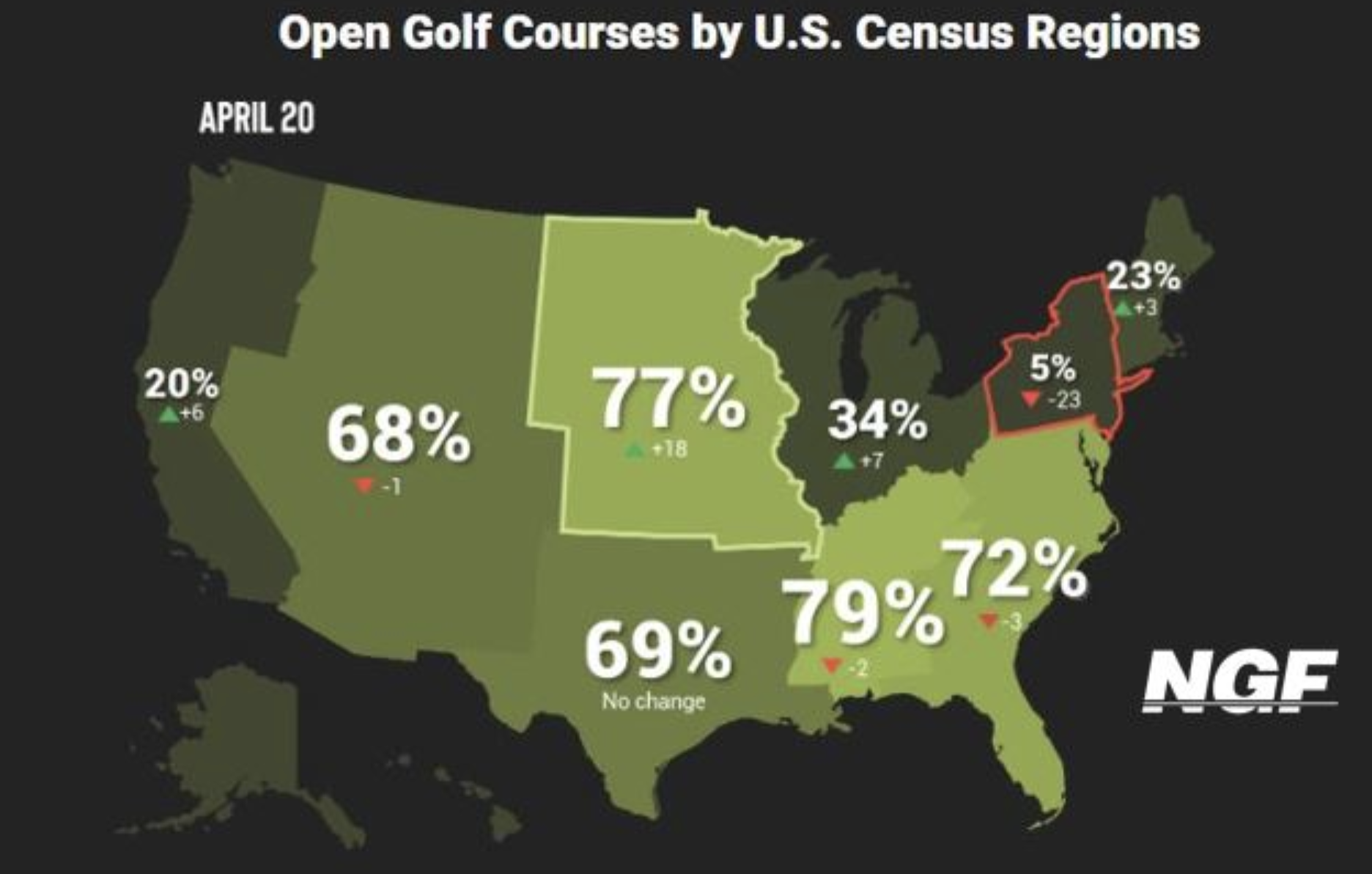 As the coronavirus continues to spread across the country and the region, just 23% of golf courses are open in the northeast, according to the National Golf Foundation (NGF).

The good news is that in NGF’s last poll, just 20% of golf courses in the northeast were open.

The only states that are allowing golf to be played is Rhode Island and Connecticut.

Golf Courses Across the Country

Across the the country, 49% of golf courses are open, with the most coming in the south and southeast regions.

In these areas, which include Florida, Georgia and the Carolinas, 79% and 72% of courses are open respectively.

“The majority of golf facilities in the South remain open for play, with more than 70% of courses open to players in golf-rich states such as Georgia, South Carolina and North Carolina. The biggest increase came in the Midwest region, even with polling conducted before Minnesota golf courses were given approval to open as of April 18,” writes NGF.

Meanwhile, in the Mid-Atlantic region, just 5% of golf courses are open.

“New York has offered clarification that while golf remains a non-essential business, private clubs can permit members walking-only access to golf courses. These recent changes came at the end of (or after) the latest survey period, so additional impact will likely be reflected in subsequent polling,” notes NGF.

However, according to the National Golf Foundation, the number of open courses could spike as high as 57% within the coming weeks.